Krishna Biswas, was born on July 8th 1977, in Florence Italy, of an American mother and Indian father. Since his early childhood he always loved music and began studying piano at the age of 5 with M° G. Barsotti (of the Florence “L. Cherubini Conservatory). At 7 he discovered the classical guitar and began lessons with a family friend, the guitarist and composer M° Ganesh Del Vescovo with whom he studied eight years.

At 15 Krishna switched to the electric guitar and played it with various groups, Then he finished his classical high school diploma at the Liceo Michelangelo in Florence.

After this he decided to dedicate himself to his music on a full time basis; both playing and composing. He also began teaching guitar privately. He developed an original way of teaching and gave didactic demonstrations to illustrate the many musical possibilities of the electric and acoustic guitar. He brought his lessons to classical musicians and high schools as well. Krishna continued playing in various kinds of bands ranging from Rock to Jazz, with whom he played “live” and recorded some cds.

Since 2007 Krishna Biswas has been doing a deep research and study to find his own original music language and expression, which has found its realization in a number of CD recordings of his compositions for solo guitar. The label RadiciMusic Records, since 2016, has been publishing his present and previous works.

Besides live concert performances for solo guitar, or the activity of formation, mainly dedicated to Jazz, there is an artistic collaboration with the Maestro of Jazz Franco Santarnecchi. 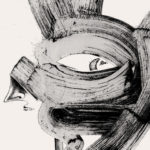